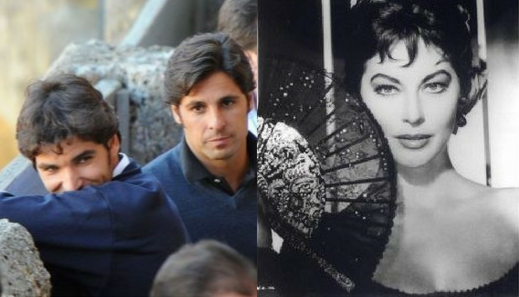 August in Spain is very quiet. This is the time of relaxation, complete switch-off, sea gazing. Bloggers stop blogging. People head to resorts and ancestral villages. Some go north, some go south, to Andalusia.

Andalusia in August is 50 degrees Celsius. You can feel the hot breath of Africa, separated from Andalusia by the narrow strait of Gibraltar. You can actually see the African continent on a clear day from a mountainous region of Alpujarras by Granada.

The heat is dangerous. I remember getting off the bus at a highway stop in Andalusia, at the end of a five-hour journey from Madrid, not sure how to breathe in the desert air. My friends in Madrid joked that if they did not hear from me, they would assume that I melted in the Andalusian sun. I did almost melt (was very close to a heat stroke at one point), but what I remember most is not the heat of the sun, but the heat of Andalusian eyes. A glance by a passer-by in Cordoba, Malaga, or Granada would hit me like a wave of fire, every bit as dangerous as the weather. Andalusian eyes are akin to a natural phenomenon: enticing and threatening, overpowering, yet indifferent. Disconcerting and unforgettable.

What made me think of them? Here is a picture (read: eye candy) that I recently came across at the Spanish newspaper site El Mundo:

The title said: “Brothers Rivera at the bullfighting arena in Ronda, Andalusia.”

I did not know who they were. A little bit of research and I found out that the brothers belong to an Andalusian bullfighting dynasty – grandchildren, children and nephews of famous toreros and accomplished toreros themselves. Their great-uncle, Luis Miguel Dominguín, himself son of a legendary bullfighter, was also famous for his love life, especially for his stormy affair with Ava Gardner, the Hollywood star.

Together with the torero, Spain fell for this North-Carolina born femme fatale.

Magrit created this high-heel vinyl and patent leather pump in her honor:

This cute  sandal was dedicated to Ava by Gioseppo:

Tossa da Mar was the shooting location for the 1951 movie “Pandora and the Flying Dutchman”, starring Ava Gardner and James Mason.

And August rolls on….

Ann Mailsi is a writer and social media buff based in the Greater Toronto Area, Ontario, Canada. Her interests include fashion, technology, and nature adventures.
Facebook Instagram Pinterest Wifi Twitter
PrevPreviousMagrit
NextSummer According to RASNext