In continuation with our Spring Sneakers series, today I’m presenting another batch of great Made in Spain sneakers. Their common trait: they are all made of leather (smooth or suede), but that is where the similarities end. Each sneaker has a its own distinct personality. These low-top “Estudio” sneakers in deep red, blue, and noble white with matching laces are by a Zaragoza-based company AGARÉ. They are made of smooth leather with a band of leather running around the perimeter of the shoe. The website refers to them as “bambas“, which is the same as “sneaker” in  Spain (but, and I stress it, ONLY in Spain). Personally, I think that it’s a very cute word for a shoe.

These “bambas” by AGARÉ are elegant in shape and have a thin, but sturdy rubber sole. Emphasizing both the “coolness” and the comfort factor, these sneakers go perfectly with an urban life style. More specifically, the name “Estudio” (“Studies”) is a hint that the “bambas” were created with a student population in mind. No wonder, as Zaragoza is home to a very old and respected public university. The sneakers are also available in the suede version, in very appealing vibrant colors. AGARÉ, which is family run and has been around for over 40 years, has recently began selling through its website platform. As far as I understand, they are willing to ship worldwide. The prices are moderate and the customer service is excellent. And, not to forget, they also make sneakers for men.

These low-top suede “Joc Low” sneakers by Munich X from Barcelona are very attractive and sleek in their navy-blue suede, with the signature cross logo in smooth leather on the side. (See a previous post on Munich X here). Like the AGARÉ sneakers above, the “Joc Low” are from the Spring-Summer 2015 collection. The sneakers are available through the Munich Sports website, Fashion section. Munich X has long been recognized as the leader of glamorous sporty-type footwear in Spain, hence the high price-point. These are some good-looking sneakers, in their bright red suede finish, a pale gold stripe on the side, and a partially white elevated sole in the back.

They are made by a company named Callaghan – an Arnedo/La Rioja based brand. It’s a family enterprise that prides itself on its advanced proprietary footwear-making technology. They have developed a system called “Callaghan Adaptaction”, which, as the company says, makes the shoe highly responsive and adaptive to the wearer’s foot during walking, while also acting like a shock absorber (like shocks in a car) to make for a softer landing. I have yet to try out a pair of Callaghans. I really want to test them out and see how the system works, but they don’t deliver outside of the European Union. I have once or twice seen Callaghan shoes on YOOX.COM, but they have since disappeared. It’s a bit strange, as the company even says on their website that they chose the non-Spanish name in the anticipation of being predominantly export-oriented. I guess they have not deemed the North American market as worth their while yet. Let’s hope this changes in the future, as they have a ton of great stuff!

So here they are, my heroes of the day. I hope you liked them and that seeing them inspired you to get outside, get active, and enjoy the warmth of the spring sun. (If you have it, of course. Here in Toronto and environs we are having a rainy day spell).

Ten Spanish Sneakers You Can Get Right Now 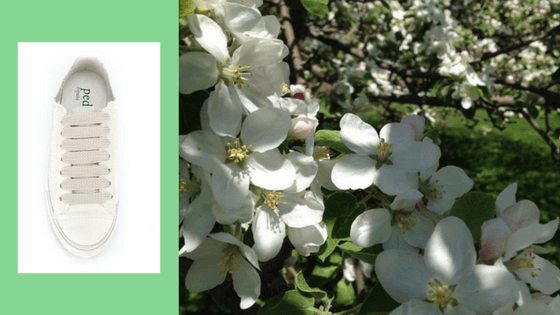