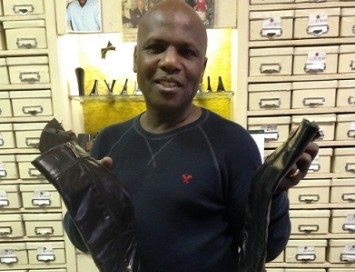 “Spanish Shoes Are Very Well Made”

I must confess that even though I buy these wonderful, often expensive shoes, I am somewhat lacking in the “taking care of them so that they stay pristine” department. Thankfully, here in Toronto, we have a shoe repair place called “Novelty Shoe Rebuilders Ltd“. Their current shoe maker in-chief, Robert Perry, is a master of his craft and a super charismatic guy.

The story of the shop goes back to 1932. It was founded by an Italian immigrant, who mentored generations of new shoe makers. The shop’s customers included Elizabeth Taylor, Richard Burton, Peter O’Toole, Anne Murray, Sophia Loren and Julie Andrews. That said, the shoe makers are not after the big names. They are as happy adjusting an orthopedic shoe as they are working on a glamorous piece. In other words, they enjoy a challenge and their concerns are professional excellence and customer satisfaction, not the buzz per se.

Here is a link to a 2012 article about Novelty Shoe Rebuilders and its owner, the late Paul Peter Abate in the Toronto’s Globe and Mail. The store is now owned by Peter Abate’s family.

Yesterday I picked up my Pons Quintana “Lexus” tall boots (from last year’s collection), which for months had had to endure our salty, grimy winter streets. I bought them late in the season last year and, accordingly, used them little. The Fall-Winter 2014-15 season was when they really felt the full brunt of the Canadian winter. I am not including the “before” picture, because I’m ashamed. Suffice it to say that they had severe salt damage, the leather being dull and puffy in places. The protective ridge at toe of the boot was all knocked about and discolored, and the sole and the heel were frayed too. Well, not any more!

Here is Robert Perry, the shoe-maker, holding up the my precious babies, all fixed and shiny like new: While I was posting these pictures on the Spanishoegallery Instagram account, he also fixed a minor problem on my Pons Quintana braided-leather clutch (seen on the table) and sewed up a seam that was starting to become undone at the very top of my favorite Castañer bag (see post about the bag here).

When I told him about my love for Spanish shoes, he said the following: “Spanish shoes are very well made. And they are reasonably priced too, in comparison to other quality European shoes. The Spanish have been doing this for a long time.”

So here you go: an opinion of an  absolutely independent expert shoe maker and re-builder, who has seen thousands of shoes pass through his hands. My Pons Quintana “Lexus” boots and I on the last snow patch of the season. 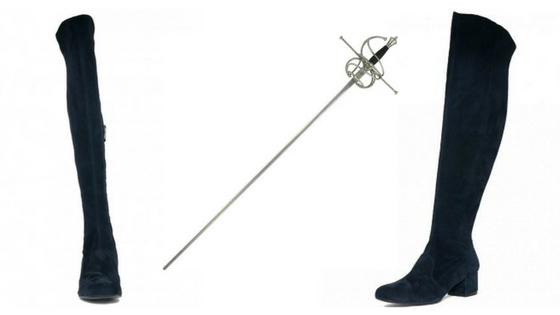